Since its introduction during ADIPEC 2016, the Probe iSet™ electro-hydraulic setting tool has performed more than 20 successful setting operations in the Middle East.

“Our customers are impressed with the iSet’s reliability and efficiency,” said Neil Duncan, Regional Manager-MENA & Asia for Probe. “The tool is easy to program and operate, and can be run without redressing between consecutive operations. Our electro-hydraulic design is more efficient than traditional methods used in wells in the Middle East. The big win comes from eliminating explosives and lithium batteries.”

As this issue goes to press, Probe has eight iSet tools operating in the region, and projects that number will rise to 20 by December 2018.

Why the rapid rise? As operators strive to contain costs while maximizing production, they’re also keen to embrace safer alternatives, particularly for well intervention and abandonment operations that require the use of setting tools.

Because the iSet is a non-ballistic device, it’s safe and requires no special permits to use or transport, so there are no complex logistics to cause delays. Plus, it can run 50 setting operations before redressing is necessary. Between runs, the tool is prepared in under 30 minutes. All that’s required is to reset and program the tool for the next run.

Looking ahead, rising numbers of operators in the Middle East are joining those in the North Sea, Continental Europe and West Africa that rely increasingly upon the iSet to deliver safe, reliable and cost-effective setting operations. 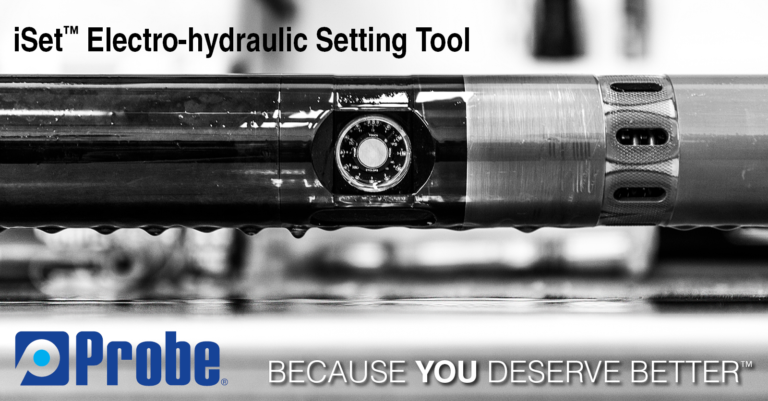